Continue As Guest
148
From 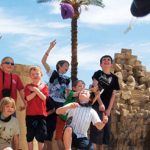 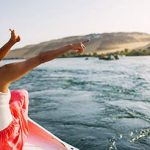 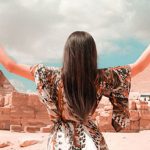 Have an amazing tour to Fayoum City with GAT Tours as you will visit a marvelous places such as Qaroun Lake, Wadi El Rayan Waterfalls which is a protected area and the famous seven wheels in addition to the amazing sigh of Wadi El Hytan which consider one of the UNESCO World Heritage and it contains hundreds fossils for the earliest forms of whale. all these sights and more your will find in only one city Fayoum.

Morning pick-up from your hotel in Cairo, via air-conditioned vehicle, to enjoy a wonderful drive on your way to Fayoum until you reaches Kom Oshim. Then drive along Lake Qarun which is considered the oldest natural lake in the world, the third largest lake in Egypt and part of the ancient lake Maurice. It is also considered an interior lake which is not related to any sea and an area of around 53 thousand acres in Fayoum Down.

On your way you will view Gebel Qatrani. Then drive to Tunis village towards the new Joseph Sadik area and head to Wadi El Rayan which used to be very important to the ancient Egyptians as it was providing them with carbonated sodium required for the mummification process, because the area was very rich with its salts. Passing by Wadi El Rayan Waterfalls is a breathtaking moment sighting one of the best known attractions in Wadi El- Rayan Protected Area. It’s considered being the largest waterfalls in Egypt. Continue driving to Mudawarra rock which is above the lower Lake.