Continue As Guest
293
From 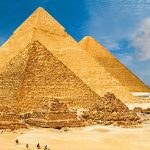 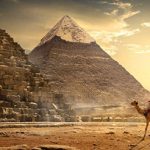 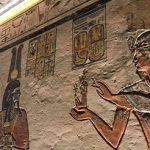 Jordan is a land steeped in history. It has been home to some of mankind’s earliest settlements and villages, and relics of many of the world’s great civilizations can still be seen today.

As the crossroads of the Middle East, the lands of Jordan and Palestine have served as a strategic nexus connecting Asia, Africa and Europe. Thus, since the dawn of civilization, Jordan’s geography has given it an important role to play as a conduit for trade and communications, connecting east and west, north and south. Jordan continues to play this role today.

The Hashemite Kingdom of Jordan is a constitutional. The monarch is the head of state, the chief executive, and the commander-in-chief of the armed forces. The king exercises his executive authority through the Council of Ministers. The cabinet, meanwhile, is responsible before the elected House of Deputies, which, along with the Senate, constitutes the legislative branch of the government. The judicial branch is a totally independent branch.

Arrival in Jordan where you will be met by English-speaking representative who will assist you with getting your visa, retrieving your bags and going through customs. (Visas are $57 USD, paid in cash upon arrival for all nationalities). You will then be transferred by private car to your hotel at Amman for check-in. [No Meals]

Morning time, we leave Amman toward Petra. Your first visit is to Madaba, where the St George’s Greek Orthodox Church has a famous mosaic on the floor. Made during the 6th century AD, the mosaic shows the pilgrimage from the surrounding areas to the Holy Land. You can even find Egypt on this map! Your next visit recalls the story of Moses and his journey to the Promised Land. At Mount Nebo there is a Memorial for Musa (Moses) and a 4th century church which Italian Franciscan priests excavated and restored in 1933. The panoramic view overlooks the Jordan River Valley, the Dead Sea, Jericho and Jerusalem. In the Bible story, Moses does not ever arrive at the Promised Land, but he is able to see it from a distance before he dies. It is from Mount Nebo that one can see it in the distance (on a clear day). It is also believed that this is the burial place of Moses. Our last stop will be in the Dead Sea, the lowest point on earth, 417 m (1,373 ft.) below sea level and the largest “Natural Spa” in the world. The mineral-rich waters and mud flow with natural health and beauty benefits acclaimed globally. You’ll have time for your own. Float on the Dead Sea and make the experience not being able to sink in water. Try the beauty effect of the black mud on the shore. Evening, arrival in Petra and time to get situated in your hotel. [B]

After breakfast at the hotel, we will begin to explore the Red Rose City Petra. First established sometime around the 6th century BC by Nabataean Arabs, a nomadic tribe who settled in the area and laid the foundations of a commercial empire that extended into Syria. Despite successive attempts by the Seleucid king Antigonus, the Roman emperor Pompey and Herod the Great to bring Petra under the control of their respective empires, Petra remained largely in Nabataean hands until around 100AD, when the Romans took over. It was still inhabited during the Byzantine period, when the former Roman Empire moved its focus east to Constantinople, but declined in importance thereafter. The Crusaders constructed a fort there in the 12th century, but soon withdrew, leaving Petra to the local people until the early 19th century, when it was visited by the Swiss explorer Johann Ludwig Burckhardt. Upon arrival you will begin an unforgettable trip on horse back to the Siq and then by foot until you reach the Treasury. The local guide will give a brief history of the city. You will also see Pharaoh’s Castle, the Triumphal Arch, the Amphitheater and Monastery. Afternoon, we will set out for the desert of Wadi Rum, the wild desert landscape, which fascinated the British liaison officer Lawrence of Arabia. Describing Wadi Rum as “vast, echoing and god-like” we believe he could not have said it better. We will drive for two hours in a 4-wheel drive jeep through the desert to see Lawrence’s spring. We will pass majestic mountains and explore a gorge with some ancient rock drawings. We return to the asphalt and drive to your hotel in Amman with time to settle into your hotel. [B]

Check out after breakfast. Later on, you will be met with our English-speaking representative who will transfer you by private A-C van to QAI Airport for departure. [B]

Cairo and Dahabiya Adenture Tour Package is a good package to explore Cairo and upper ...
From $0

Do you love the ancient history and the deep-rooted civilizations, monuments, the most amazing sites ...
From $1,520